Allure of the Chinese Buyer Begins to Fade 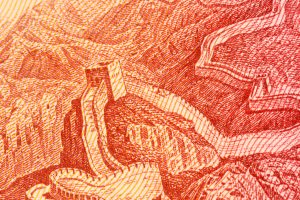 Outbound M&A from China has been one of the big themes in global investment banking over the past few years, much of it driven by the need to reform China’s state-owned enterprises. But it is tricky work, subject to forces beyond an adviser’s control, and only some of it is lucrative. No wonder bankers, and many selling companies, are re-evaluating whether a Chinese buyer is unequivocally a good thing.

When rumours broke in October of a possible merger between SinoChem Group and China National Chemical Corp, it brought into focus many of the interesting and difficult issues surrounding state-owned enterprise reform in China.

If true – and neither company had confirmed it at the time of writing – the merger takes on new levels of complexity. China National Chemical Corp, better known to the world as ChemChina, has been one of the most acquisitive of all Chinese businesses in recent years, picking off overseas businesses on a roughly annual basis since it bought France’s Adisseo Group in 2006.  Other highlights have included Israel’s Makhteshim Agan in 2011, Italy’s Pirelli in 2015 and the heavyweight of all Chinese outbound M&A, the $43 billion bid for Syngenta earlier this year, which, bankers close to the deal say, is unlikely to complete this year.

Attempting a merger of the two vast chemical groups at the same time that the largest-ever foreign acquisition by a Chinese company is still being completed would be ambitious by any standards. But domestic consolidation to create national champions and outbound acquisitions to acquire technology and international ability are both part of the same theme: China’s ambition to transform its vast but bloated state-owned sector.

That ambition has also been a potential boon to international investment banks. In recent times, almost every cross-border M&A deal of note has had a potential Chinese bidder, many from the state-owned sector. Advisers say that to secure a sell-side mandate, a list of acquiring candidates needs to include at least one Chinese name.  At the same time, most M&A bankers in Asia spend huge amounts of time presenting possible overseas acquisition targets to the reform-minded SOEs.

But as the pace of reform slows, so bankers are starting to fret that the reform of China’s state-owned industries might not be the fee-led boom they were expecting.

Chris is a journalist specialising in business and financial journalism across Asia, Australia and the Middle East. He is Asia editor for Euromoney magazine and has written for publications including the Financial Times, Institutional Investor, Forbes, Asiamoney, the Australian Financial Review, Discovery Channel Magazine, Qantas: The Australian Way and BRW. He is the author of No More Worlds to Conquer, published by HarperCollins.